In this article, Zechariah J. Dean, Chief Dreamer of Dean Ventures introduces the new phenomena of venture studios. What is a venture studio and are they the solution to help accelerate start-up ventures to break through the start-up chasm?

“There’s your desk space, row H, desk 14.” The young administrator kindly walks me around a large open plan office on the outskirts of London. The ambience is slick, lots of glass partitioning and whiteboards full of coloured post-it notes. The ceiling consists of low-hanging contemporary lighting, there are artificial plants everywhere mixed with colourful bean bags, sofas and Apple TVs. Fellow incubators are crashing out on sofas, dressed like they’ve just completed a skateboarding session. There are cans of empty energy drinks and packets of crisps (these are chips for our US friends), as the coders amongst us code away profusely. There’s a real buzz around, In every direction you look, lots of young tech entrepreneurs consumed in small gatherings, workshops, and ideation sessions. The whiteboards are full of matchstick men and women, user journeys and customer experience screenshots. Phones are ringing, people are in small meeting rooms engaged in conference calls. I spent the next 12 weeks at this incubator. Once the honeymoon period was over, I realised what I was hoping to achieve from the six-month programme was going to be an abject failure. Why? Well allow me to explain.

The incubator is essential a venture factory. Amongst other things, they claim to provide you with facilities that allow you to land, build and launch your minimum viable product (“MVP”) into the marketplace. More importantly, along this journey they have the in-house expertise, who can provide you the consultancy and guidance to steer your business in the right direction. Most evenings there were gatherings, I enjoyed listening to seasoned venture capitalists and serial entrepreneurs coming in and delivering masterclasses. Most of what they said was really useful so why did I leave? I’m afraid the incubator model is predicated on a “pile it high, pray one works” theory. Yes, I was surrounded by lovely people in fact, I was surrounded by 400 of them. Budding entrepreneurs who were all vying for the attention of the 10 Entrepreneurs-in-Residence and funding from their network of venture capital funds. This meant, my weekly mentoring session was only condensed to 20 minutes per week. By the time the customary greetings ended, we barely scratched the surface of the discussion topic, the mentoring session was over. Over the course of 12-weeks, I had 12 sessions which lasted on average 20 minutes each. It was a mere dent in my day and more importantly, the preparation leading into the session was a waste of time.

Then the promise of presenting me to a network of venture capital funds was never going to materialise. The Entrepreneurs-in-Residence, who were the gatekeepers, either knew you or didn’t. On four occasions, they forgot my name and had mistaken my venture for the eCommerce venture, which was being incubated in row G, desk 19. I mean, how do you possibly remember 400 entrepreneurs, all of whom are after that prized possession of a venture capital investment? 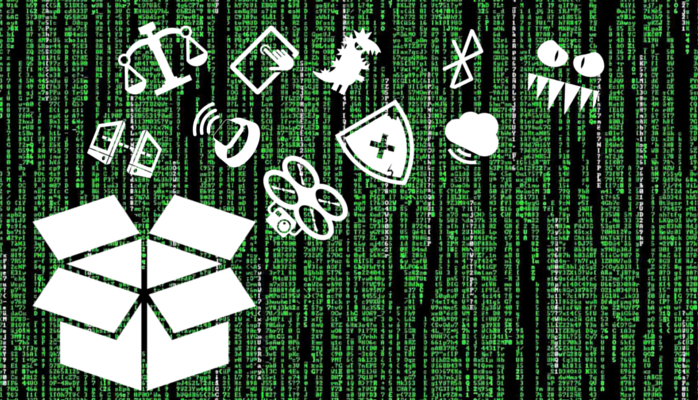 On a personal level, I knew I was on a winner with my venture, so I decided not to engage in this jungle warfare. My decision proved correct, as I progressed to raise £500,000 three months later. Being surrounded in a fast-paced entrepreneurial themed environment was, on the surface, an attractive proposition but the reality is only one of two of these start-ups was going to get noticed.

Surely, there must be an alternative?
Well, yes there is. venture studios aim to encapsulate all the benefits of an incubator. They are more concentrated. The selection criterias are more focused and stringent. Most venture studios will look to take on just six ventures per year whilst some only take on three ventures. This means, if you are selected, the investment committee is pretty confident that your venture will be a success.

Unlike, most traditional incubators, a venture studio differentiates itself on two major fronts:
Implementation Team – a venture studio will generally have a group of experts who have deep and ingrained knowledge of each functional area impacting your tech venture. For instance, there will be skills and deep competencies on show, where individuals engaged on a venture may have over 20 years of hands-on experience and have successfully delivered solutions to business issues, similar to yours, on over 100 different occasions.
Funding – most venture studios have either their own investment fund and/or have access to a network of liquid investors, who can either invest the whole amount or participate in a round of investment.

The benefits of these two facets cannot be understated. Typically, when an entrepreneur is accepted by a venture studio, it means the entrepreneur is immediately surrounded by world-class expertise who will join the venture team. If the venture (for instance) is in the blockchain space, you are mostly likely going to be surrounded by individuals who have built over 100 different blockchain ledgers and you can rely on their deep expertise. You will most likely be working with colleagues in the sales, channel management, marketing, HR, payment, and finance domain who, through experience, can clear the noise and help you develop a solution within a condensed period of time.

In addition to the expertise, the venture will be sufficiently funded. Most venture studios will have their own fund and can also encourage their network of investors to participate alongside them.
Having a world-class team and a sufficient amount of capital means the entrepreneur, and his team can now be allocated space in their open plan office and encouraged to progress from idea-generation to revenue-generation within six to 12 months.

From my experience, the three most important indicators for future venture capital funding rely on entrepreneurs demonstrating the following:

The downside, to such arrangements is the focused nature of selection. With just three to six ventures selected per annum, the competition is stiff and once selected, the pressure to perform is intense. Having world-class resources surrounding an entrepreneur and also investing early-stage funds means returns need to be demonstrated quickly, so expect to have late nights if you are selected.

To hear more from Zechariah please connect through the following channels: