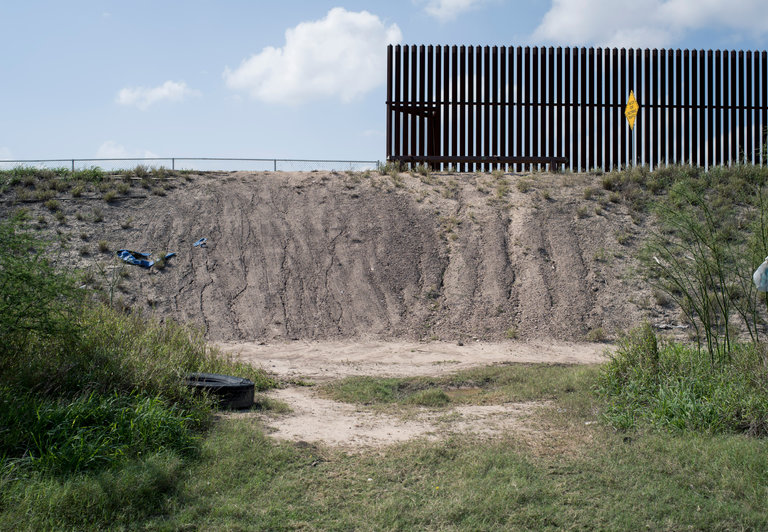 Every time President Trump revamps his campaign promise to build that “tall, powerful, beautiful” wall along the Mexican border he sounds increasingly like a developer ruminating over the blueprints for mythic Xanadu.

Mr. Trump suddenly added “beautiful” solar panels to his wall specs last month, claiming that these might somehow even pay for construction. Then again, he now says the thick wall he envisioned should be transparent enough so that border agents would not get hit by “large sacks of drugs” tossed over the wall by sneaky Mexican drug dealers. “They hit you on the head with 60 pounds of stuff? It’s over,” the president said, apparently believing himself.

The amazing thing about Mr. Trump’s vision of an ever-shifting, ever-shrinking wall (he’s halved its needed length to 700 to 900 miles, plus “natural barriers”) is that House Republican appropriators somehow rate it credible enough that they approved funding last week for the administration’s request of $1.6 billion to start construction. Outside experts have estimated the ultimate cost at $25 billion or more.

The president still insists that Mexico will be brought to heel and pay for the wall. Right now, though, Mr. Trump needs front money, and that has to come from the American taxpayer.

Is this a consolation prize for the serial failures of Trumpcare before what must be a thoroughly embarrassed Republican Congress? After years of targeting Obamacare, lawmakers found public protest more convincing than the president’s hectoring demands for passage. One line of thinking is that Mr. Trump needs to recover on Capitol Hill with a victory, any victory, to recharge his triumphalist batteries. So, back to the comfort zone of his beloved wall.

The president brags that he’s already a historically successful leader who has signed more legislative bills into law than any predecessor. In fact, he is average at best. He has signed more than 40 bills so far, but about half were inconsequential compared with the accomplishments of his predecessors. In contrast to the resounding crash of Trumpcare, President Barack Obama scored a series of major victories in his early months, like the $800 billion stimulus.

The wall’s down payment is in the 2018 Homeland Security budget. If approved by both houses, it would pay for just 28 miles of new wall in the Rio Grande Valley plus fencing to be added to the hundreds of miles of existing barriers and fences. It’s not much, but imagine all the bragging tweets. And the demands for more front money from taxpayers

Surely Homeland Security and the nation have more pressing needs than to advance tax revenues for a project that resonates with the grandiosity of the failed Trump casinos in Atlantic City. The Republican Congress looks only more feckless in feeding his fantasy.