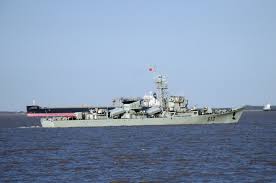 With President Rodrigo Duterte exerting much in his power to win the heart of China, the United States is expected to up the ante in the South China Sea to challenge China, an analyst said Friday.

Political analyst Richard Heydarian said Duterte has been doing much to win the goodwill of China—from setting aside the Hague ruling on the disputed waters to praising China in his speeches—and yet China is still passive in addressing territorial issues.

Heydarian said this makes the alliance with the US more important since they are more capable of challenging China.

“Under the Trump administration [we expect] a more aggressive, more sustained and counter push against the Chinese and this is a generally good thing for us especially now,” he said on ANC’s “Early Edition.”

“President Duterte is using everything in his power to make sure that our relationship with the US, even though it’s still intact, it’s not like a dagger pointing at China. But the question is are they (China) reciprocating?” he added.

Asked whether the promised investments of China can be counted as a response to the goodwill efforts of the Philippines, Heydarian said economic concerns should be separated from territorial concerns given that China can gain from their investments.