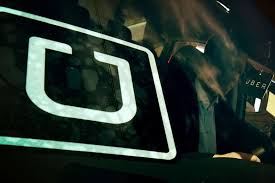 The case is another blow to the U.S. based ride-hailing app that has sparked protests and legal action around the world from traditional taxi operators, who see Uber as a threat to their livelihoods.

In all six cases the Danish drivers had been using cars that were not approved for taxi services, Copenhagen City Court said in the judgment which was published online.

The drivers had pleaded innocent, arguing they had merely participated in car-pooling. It was not immediately clear whether they would appeal the verdicts that could serve as precedents for many other cases in Denmark.

Uber, which was not on trial itself in the case, did not immediately respond to requests from Reuters for comment.

More than forty Uber drivers have been indicted by Danish police since the service was launched in Denmark in 2014, and the Danish Transport and Construction Agency reported Uber to the police hours after it started operating.

The ride-hailing app is valued at more than $60 billion and operates in more than 400 cities.