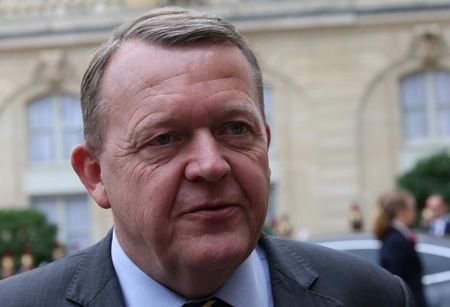 Denmark’s Prime Minister Lars Lokke Rasmussen said on Sunday he had agreed to form a new government with the Liberal Alliance and the Conservative Party, reducing the risk of snap elections.

The deal, announced on Twitter, allows Rasmussen to cling to power after threats by political allies in recent months to overthrow his minority government due to conflicting demands on tax cuts, immigration and welfare policies.

The new government, which will be presented on Monday, will still need support from the Danish People’s Party, the largest of the three parties supporting the current government. The populist right-wing party was not invited to join the new government.

Since last year’s election the government has consisted only of Rasmussen’s Liberal Party, which holds just 34 of 179 seats in parliament.

Rasmussen said at a press conference that his new government would seek to increase defense spending, and also ease the tax burden on home-owners and the wealthy.

Negotiations on abroad 10-year financial reform plan outlined by Rasmussen in August would be postponed until the spring next year, when a new reform plan will be presented, he said.