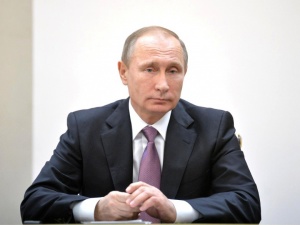 While the world has been focused on Russia’s air campaign in Syria, Moscow continues its military modernization closer to home. The Kremlin is planning on modernizing one hundred and fifty additional Soviet-era T-72B main battle tanks to the T-72B3M standard. The upgraded vehicles would offer performance comparable to the much more modern T-90, but for a fraction of the price.

While Russia operates well over five hundred modern T-90A and T-90AMmain battle tanks, the bulk of Moscow’s ground forces rely on the venerable T-72 and its numerous derivatives. In order to upgrade its land forces quickly, especially during a time of economic distress, the Kremlin is modernizing the older main battle tank even as work continues on the newest T-14 Armata tanks.

According to Uralvagonzavod deputy general director Alex Zharich, who spoke to the Russian-language daily Izvestia, Russia plans to spend 2.5 billion rubles to upgrade one hundred and fifty T-72Bs to the new B3M standard for an average of 17 million rubles per tank.  In U.S. dollar terms, that’s a total of $35 million for an average of $234,000 per tank—which means the T-72B3M upgrade is a relative bargain for the capability the vehicle is expected to deliver.

According to Izvestia, the upgraded tank will get a new 2A46M5 125-millimeter smoothbore gun along with a new sighting system called the Sosna-U, which will be paired with the 1A40-4 fire-control system. The tank will also receive a new ballistics computer to help increase its accuracy. Perhaps more significantly, the T-72B3M will receive an independent PK PAN sight for the tank commander, which has its own thermal imaging system.

The T-72B3M is also getting the new Relikt explosive reactive armor (ERA) package that was first introduced on the T-90AM. The Relikt replaces the older Kontakt-5 ERA package, and is allegedly twice as effective as the older system. It’s not clear if the Russians are modifying the vehicle’s passive armor package—but it would make sense it they did. Further, while some sources suggest that the T-73B3M might be equipped with the Arena-E active protection system, it’s not clear that the production variant does.

According to Izvestia, the first batch of thirty-two upgraded vehicles should be delivered sometime this year. Russia already has more than five hundred older, slightly less capable version of the T-72B3 tank in service. Potentially, the new upgrade could be exported to the numerous T-72 operators around the world.

Dave Majumdar is the defense editor for the National Interest.