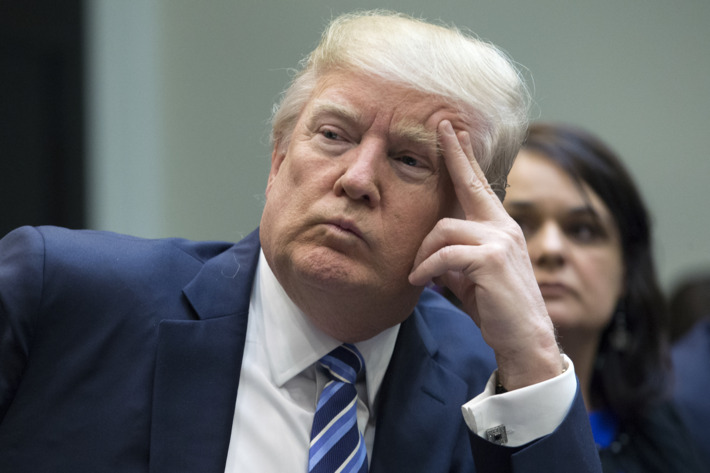 Opponents of the 2015 Iran nuclear deal often complain that the deal doesn’t address the nefarious ways in which Iran is expanding its influence and further destabilizing the Middle East. Such concerns, while valid, are no reason to blow up the agreement, as President Trump is recklessly trying to do by pressing his administration to declare, with absolutely no evidence, that Iran is in violation of the terms.

One can imagine the challenges the United States could be facing if the deal did not exist and this administration were grappling with two nuclear-armed adversaries at once. But it is not; North Korea, which traded fiery threats with Mr. Trump in recent days, has 20 or more nuclear weapons. Iran has none and, thanks to the deal, is significantly constrained in its nuclear ambitions for years to come.

Instead of questioning the deal, Washington could turn its attention to concerns about Iran’s nonnuclear activities. Sunni Arab monarchies fear that Shiite-majority Iran will establish a “Shiite crescent” from Afghanistan to the Mediterranean. Iran is undoubtedly throwing its weight around, but it would help to remember that this is partly a result of America’s 2003 invasion of Iraq and ouster of Saddam Hussein, once a formidable check on Tehran’s adventurism.

In Syria, Iranian Revolutionary Guard forces, backed by Russian air power, are keeping Bashar al-Assad’s brutal regime in power. In Yemen, Iran is supporting Houthi rebels in a fight against the internationally recognized government, which is backed by Saudi Arabia’s firepower. In Lebanon, Iran funds Hezbollah, which threatens Israel. In Afghanistan, as the United States reduces its role, Iran is seeking to turn a onetime enemy, the Taliban, into a proxy ally so it can shape the country’s future and ensure that foreign forces, Americans included, leave. In Shiite-majority Iraq, Iran has what some consider a virtual client state. Then there are the missile tests that the United Nations Security Council said should end but Iran insists on pursuing.

The administration is still working on its Iran strategy, but Mr. Trump and his aides have put a few cards on the table, demonizing Iran; backing tough new sanctions related to missiles and human rights violations; and pledging cooperation with Sunni countries that, like Israel, view Iran as a singular menace and demand its isolation.

Iran’s threatening behavior certainly deserves pushback from the United States and others. But Iran is not the only destabilizing force in the region, and unremitting hostility is not the answer. Even during the Cold War Washington engaged Moscow, when possible, on nuclear weapons, regional conflicts and human rights.

The United States and Iran had almost no contact after the 1979 Iranian revolution until Secretary of State John Kerry and Foreign Minister Mohammad Javad Zarif formed a working relationship during the nuclear negotiations. Instead of building on that, Mr. Trump and his secretary of state, Rex Tillerson, have refused to even meet the Iranians.

A more imaginative policy would revive the secretary of state channel to resolve conflicts before they grow and explore solutions for Afghanistan, Syria, Yemen and Iraq. There is precedent for cooperation. Iran helped America and others to organize the new Afghan government after the Taliban’s ouster in 2001 and to forge a unity government in 2014. Iran could be encouraged now to press the Taliban to enter reconciliation talks with Kabul. Iran and the United States could also work together to combat drug trafficking in Afghanistan, another shared concern. And Iran has been helpful in Iraq by fighting the Islamic State.

Last week, 47 national security leaders urged America and Iran to begin discussing with the nuclear deal’s other signatories a follow-up agreement that could extend the nuclear restraints on Iran further into the future and expand them to other countries in the region that have or are considering nuclear energy programs. In addition, they proposed a new consultative body so that Iran, Saudi Arabia, the United States, Russia, Turkey, China and the European Union could consult on major regional disputes.

There are other constructive ways for the United States to counter Iran’s influence, like joining with its Sunni allies in helping the region’s war-torn countries rebuild. Saudi Arabia’s recent moves to improve relations with Iraq by opening a land border and resuming air links are a good sign.

Iran is too big to be ignored. And if Washington pursues regime change, as some officials seem to favor, the risks will be huge. This is a crucial moment for Iran as revolutionary leaders die off and competition heats up between hard-liners with a strict anti-Western Islamic ideology and pragmatists who back the nuclear deal and international engagement.

In the balance is a population of 80 million, mostly young, Iranians who have in recent years elected relatively moderate leaders inclined toward evolutionary reform. As it has done with adversaries such as the Russians and the Chinese, America can make progress by engaging the Iranians and avoiding the kind of escalation that empowers hard-liners.