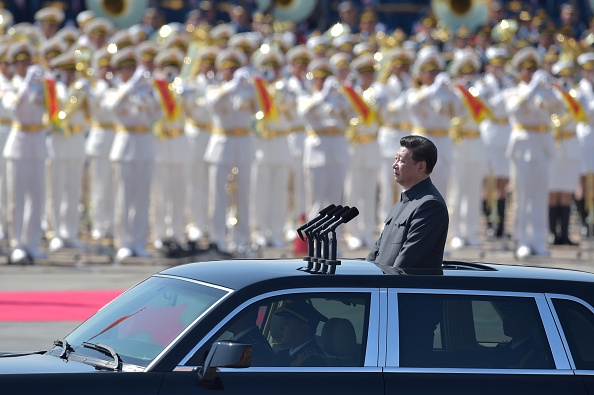 Chinese President Xi Jinping rallied the 2.3 million-strong People’s Liberation Army (PLA) on Saturday to train hard to be capable of winning wars as Beijing focuses on upgrading and expanding its military’s weaponry.

Xi’s statement comes ahead of the PLA’s 89th year anniversary. He called on the world’s largest military force to increase its combat capabilities and to brace for possible confrontations in the highly tensed atmosphere in the disputed South China Sea following the recent arbitral ruling that denied China’s territorial claims in the resource-rich area.

Since assuming office in 2013, Xi had overhauled and consolidated the PLA from top to bottom. The PLA now operates under the communist party and not under the government like in previous administrations.

Xi highlighted the need to reform and reorganize the military as China seeks to build a strong military force equivalent to it’s international status.

Military analysts said with a reformed PLA, Xi has consolidated his power over the military making him the most powerful Chinese leader, so far.

To fully realize his vision for the PLA, Xi has approved a whopping US$145 billion annual budget for the military, second only to the annual budget of the United States armed forces.

The day he assumed office in 2013, Xi announced his anti-corruption campaign which focused on all sectors of the government, including the military.

Thousands of civil servants and military personnel have been punished for committing graft since under President Xi’s reign.

He noted that for the Chinese military to be effective, the organization must first be first cleared of corrupt officials.

This year, over 50 top military commanders have been sacked for charges of corruption. These military officers are currently being investigated.

Some generals have been found guilty of selling military posts to soldiers while others were caught accepting bribes.

This month, a retired military chief Guo Boxiong was meted out a life imprisonment sentence by a court after he was found to have accepted $US 2.3 million in bribes in exchange for military posts.