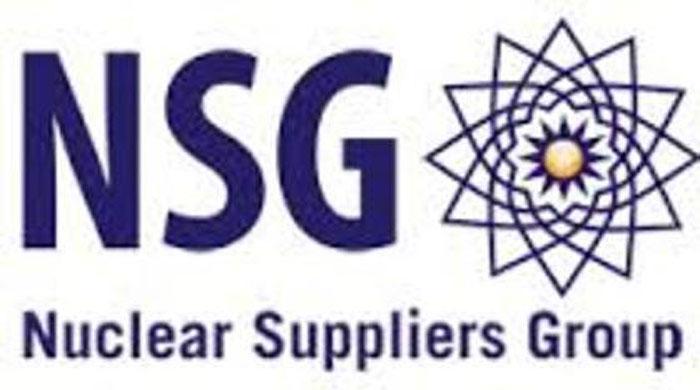 Nuclear Suppliers Group (NSG) is a group of forty-eight nuclear suppliers established in 1974 following India’s nuclear test, which shows that nuclear technology transfers for peaceful purposes could be diverted for military purposes. The aim of the NSG is to ensure that nuclear trade for peaceful purposes does not pave way for proliferation of nuclear weapons or other nuclear explosive devices, and that international trade and cooperation in the nuclear field is not hindered unjustly in the process. NSG implements this aim through two sets of guidelines for nuclear exports and other related exports. These NSG guidelines ensure that peaceful nuclear cooperation should take place in a manner consistent with international nuclear non-proliferation norms.
Pakistan has been interested in becoming a member of the NSG and has recently submitted a formal application to the chairman of the NSG for membership. For a new nation to be member of the group, there are some pre-requisites to be met. The desiring State should have the ability to supply nuclear-related items; it should be a member of NPT or any of nuclear weapons free zones treaties like Pelindaba, Rarotonga, Tlatelolco and Bangkok Treaty. Also, the country should adhere to the NSG guidelines and implement a legally based domestic export control system that gives authorization to the commitment to act in accordance with its guidelines.
Over the years, Pakistan has said that it holds all required credentials to become a member of NSG. Pakistan’s control list has always been consistent with NSG guidelines. It has a comprehensive export control regime. The legislative, regulatory, administrative and enforcement measures of its export control regime are at par with the standards followed by the NSG, the Missile Technology Control Regime (MTCR) and the Australia Group.  The Strategic Export Control Division in the Ministry of Foreign Affairs, in consultation with the relevant ministries and entities, revised the ‘National Export Control Lists” in 2011. The lists, classified on the basis of the European Union’s integrated system, cover the scope of export controls maintained by the NSG, AG and MTCR.
Pakistan has more than 40 years of experience in safe and secure operation of nuclear power plants under IAEA safeguards. With the experience and expertise Pakistan has gained in the areas of nuclear power generation, non-power application of nuclear technology, nuclear security and nuclear safety, under the auspices of the IAEA, Pakistan is well placed to assist interested states. As a country with advanced nuclear fuel cycle capability, Pakistan is in a position to provide nuclear fuel cycle services under IAEA safeguards, and to participate in any non-discriminatory nuclear fuel cycle assurance mechanism. Pakistan has persistently and incrementally streamlined and strengthened its export control regime and enhanced its engagement with multilateral export regimes. Therefore, Pakistan qualifies to become a member of the Nuclear Suppliers Group, as indeed the other export control regimes. NSG membership is more important for Pakistan as it will help in meeting its energy requirements.
The national energy security plan includes a futuristic, self-sustaining nuclear power program 2050, to meet existing energy shortfalls and to respond to future requirements of a growing population and economy. In this backdrop, Pakistan envisages generation of nuclear energy of 8,800 MWe by 2030 and 40,000 MWe by 2050. Thus, Pakistan looks forward to removal of barriers to equitable access to international civil nuclear cooperation through NSG membership.
However, Pakistan has been facing international discrimination despite its commitments to the non-proliferation. India, which was the reason for the establishment of the NSG, is now supported by major powers like the U.S. for its NSG membership, which is a country specific approach. Pakistan’s position is that the new entry to the group should be criteria based and not country specific. If the world is creating an exception for India, then it should also do the same for Pakistan, otherwise it will have an adverse effect on the strategic stability in the region.
India, which was granted a NSG waiver in 2008, has signed civil nuclear deals with thirteen countries. Through this cooperation India is getting nuclear fuel for its power reactors from abroad, thus freeing its total domestic uranium reserve for military use. This will enable India to expand its military nuclear program, which will disturb the strategic balance in the region and can accentuate an arms race. Through NSG membership, India will have greater access to international nuclear technology and materials, while other states pursuing peaceful nuclear technology would remain at a disadvantage. If India gets the NSG membership before Pakistan, it is likely that it will block Pakistan’s entry into the group in the future and place a barrier in latter’s civil technological pursuits. A balanced and even-handed approach in NSG expansion would mean a stable South Asia and a stable non-proliferation regime. The participating governments should keep this imperative in mind while dealing with the cases of Pakistan and India.