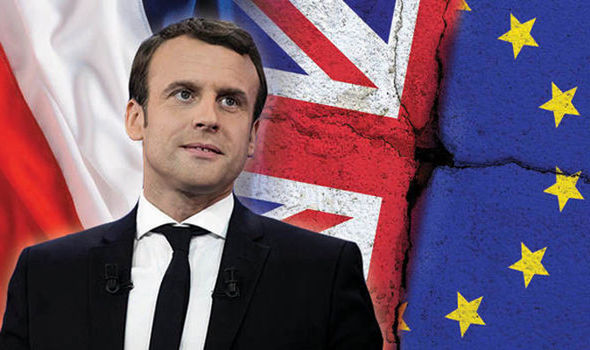 Emmanuel Macron’s entry to the French presidential stage was about as exciting and theatrical as electoral politics gets. Rising from relative obscurity, he seized the Élysée Palace and the National Assembly with huge majorities. He was the wunderkind, at 39 the youngest French head of state since Napoléon, promising radical economic change while restoring the presidency to a Jupiterian level, in his words, after the garish “bling bling” of Nicolas Sarkozy and the tawdry “normality” of François Hollande.

After so grand an entrance, and with so ambitious a program, there was bound to be pushback. And it has begun.

Surprisingly, for France, the first of what promises to be a tough series of domestic confrontations was with the military, which is traditionally quiet in public. Facing budget cuts equivalent to nearly $1 billion, the top general of the French armed forces, Pierre de Villiers, used an unprintable epithet before a parliamentary committee and quit. Mr. Macron promptly struck back at a military garden party, telling the generals, “I am the boss.”

The strife is likely to get worse as Mr. Macron works to cut more than five times that much from this year’s overall budget, and more for 2018, to meet the European Union’s deficit limit of 3 percent of gross domestic product. The French have long understood the need to trim their spending, but every cut is fiercely, and often successfully, resisted. Town mayors are up in arms against cuts to local government budgets, university professors are furious about cuts to their funding, and an overhaul to pension and labor laws is certain to bring down the wrath of the unions.

The question is whether General de Villiers’s defiant resignation is good or bad for Mr. Macron. On the negative side, the first public resistance to his program was from the military and against the first president never to have served in the army, and at a time when thousands of soldiers are deployed around the country against terrorist attacks. Critics inevitably assailed him for what another general termed “juvenile authoritarianism.”

But the first skirmish also demonstrated a president prepared to stand his ground even against a bemedaled warrior. Lesser senior officials may not be as likely now to openly rebel. Mr. Macron’s ratings and those of his prime minister, Édouard Philippe, have dipped a bit but remain high, and polls continue to show a public ready for change.

None of what Mr. Macron is doing should be a surprise; it was all there in his campaign, and the French voted overwhelmingly for him. He came to office keenly aware that unless reforms are started immediately, they will not happen. The power of Jupiterian symbols make for grand political theater, but the real action has only begun.