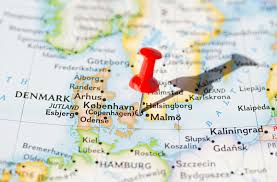 Denmark stands as a unique model of a highly egalitarian society. Undoubtedly, references to Denmark have become a cliché in US politics. It was Bernie Sanders who referred to Denmark during the Democratic presidential race, which he lost to Hillary Clinton, but through that process ended up putting Denmark on the global map.

I have met many visitors to Copenhagen who want to come and see a country where chief executives, school teachers, members of Parliament and journalists all cycle to work.

Photos of regular people cycling without a tie, often without a helmet, and of people with children packed in their famous Christiania bikes, are often circulated around the world, giving Denmark and Copenhagen an edge in the debate when we discuss environmentally responsible and sustainable behaviour.

NASA on the case

NASA just reported that July this year was the hottest month on record since we started recording rising temperatures in the world. The ice is melting in Greenland at a faster rate than most scientists had anticipated.

According to a NASA-funded study that looked at the collapses of previous societies, the overall conclusion was that too much inequality and a lack of natural resources could bring this western civilization to the brink of collapse as well. So there is a sense of urgency in trying to find a globally sustainable way of living and simultaneously creating a harmonious society that prevents crimes and tensions between different segments of societies.

Fears for the future

Denmark stood out as a glittering example where all of these issues were addressed superbly. But not anymore.

While famous talk shows in the US keep referring to this small Scandinavian country of windmills, cycle paths and the least inequality in the world, this very same country is busy copying the rest of the world in its race to maximize economic growth and give tax benefits to the rich, in turn allowing inequality to increase above all decent standards.

The Danish prime minister has now presented a 2025 plan for economic reform that proposes to slash the SU system. This is a system of generous economic support given to all students attending university in Denmark, motivating students of poor families to finish their studies and avoid dropping out because they cannot afford to pay their house rent or food bills.

The welfare of the richest 100 families, averaging a net income of 29 million kroner a year, has all of a sudden become a very important issue in this country. Giving them an extra million kroner a year is so important that a small political party called Liberal Alliance is ready to withdraw its support from the present government and force an undue election.

As the world keeps becoming more unequal, Denmark is following the very same global trend. It is of course not yet comparable to the USA, where the poorest 50 percent of the population only own one percent of the pie, but if this trend continues, it’s more likely that Denmark will end up resembling the US than the other way round.