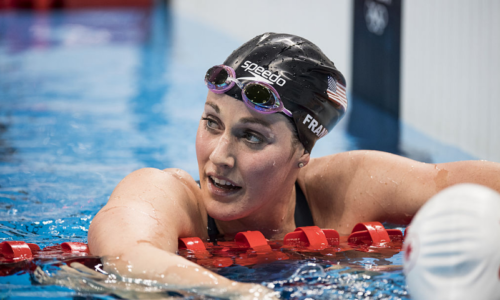 The two-time Olympic medalist crushed the 50m freestyle in her post-Rio debut. The Danish swimmer touched at an impressive 24.68, securing the sixth fastest time of her own swimming career. Later in the day she swam even faster, touching with a winning time of 24.51, the fifth fastest time in the world this season.

The 22-year-old swam her best time of 24.07 at the 2016 Rio Olympic Games this past summer, becoming the first Danish swimmer to win an Olympic gold medal since Karen Harup at the 1948 Olympic Games in London.

Blume was Denmark’s flag bearer at the closing ceremonies in Rio.