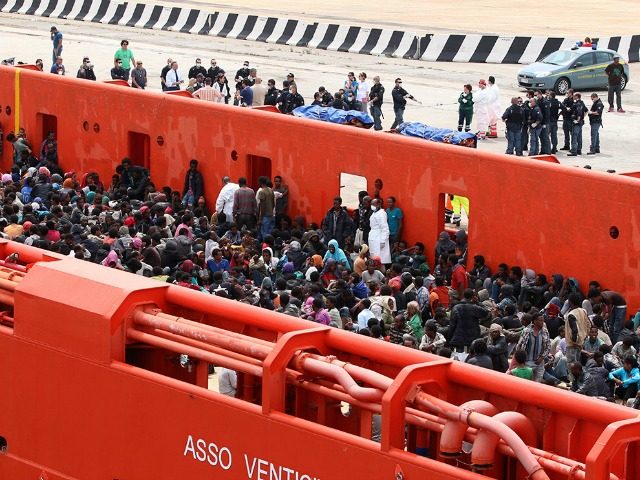 Denmark has pledged more funds for family planning in developing nations, saying this could also help “limit the migration pressure on Europe”.

She said unwanted pregnancies had “enormous” human and social costs in the world’s poorest nations.

But she added that limiting Africa’s population growth was also important.

Speaking at a conference in London on Tuesday, Ms Tornaes said 225 million women in the world’s poorest countries do not currently have access to family planning.

“Unwanted pregnancies have enormous human costs in developing countries – from very young women who must give up their basic education, maternal mortality.”

The minister said this “also has large social costs, where many countries’ development step is limited by high population growth”.

She then referred specifically to Africa, saying that curtailing the continent’s population growth by increasing access to contraception and family planning was an important foreign and security policy priority for the Danish government.

“Part of the solution to reducing migratory pressures on Europe is to reduce the very high population growth in many African countries.”

Denmark, like a number of other EU nations, has in recent years been under pressure to deal with a rising number of asylum seekers and immigrants arriving in Europe.

However, asylum applications dropped dramatically in the country in 2016, compared with 2015.

In January 2016, the Danish parliament backed a controversial proposal to confiscate asylum seekers’ valuables to pay for their upkeep – a move criticised by the UN.