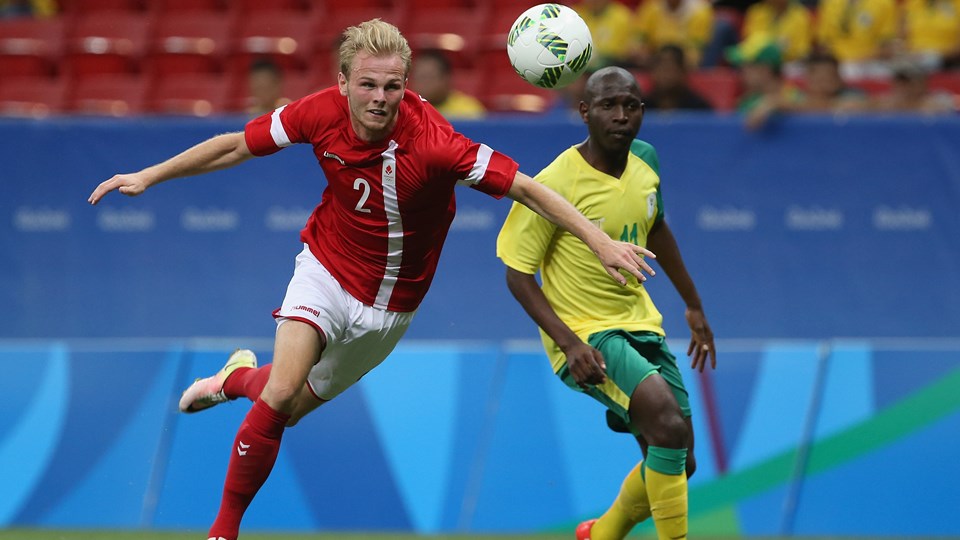 Denmark get by South Africa 1-0

The first scoring chance of the match went to South Africa in the 8th minute. Gift Motupa received a cross inside the box and took a shot, but Denmark goalkeeper Jeppe Hojbjerg made a diving save.

Denmark and South Africa exchanged great scoring chances near the 30-minute mark, but both teams came up empty. South Africa’s Motupa had a shot hit off the crossbar and Denmark’s Lasse Vibe had his shot saved by South Africa goalkeeper Itumeleng Khune.

In the 40th minute, South Africa struck the crossbar for a second time. This time, captain Keagan Dolly struck a long range shot that hit off the woodwork.

Dolly had another good chance at goal in the 55th minute, but his shot from the top of the box was struck directly at Hojbjerg who made a routine save.

Denmark took the lead in the 69th minute as Jacob Brunn Larsen found Robert Skov in the box and Skov’s shot found the back of the net.

Denmark was able to holds its lead for the remainder of the match despite some pressure from South Africa.

Denmark now has four points through two matches while South Africa sits at one point.

Both Denmark and South Africa play next on Wednesday at 9:00 p.m. ET on the final day of group play. Denmark plays Brazil while South Africa takes on Iraq.