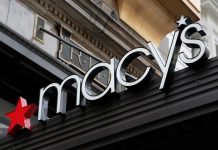 Denmark edged closer to an early general election as a political row over tax cuts for the wealthy escalated over the weekend, threatening to bring down the minority Liberal government that took office just 15 months ago.

The Danish People’s Party (DF), one of several that props up the center-right government by voting with it in parliament, rejected a demand by another one, the Liberal Alliance (LA), to cut the top rate of income tax by 5 percentage points.

“Are you ready for a general election?,” DF leader Kristian Thulesen-Dahl asked delegates in his opening speech to the party’s annual conference on Saturday.

LA leader Anders Samuelsen has said several times in recent weeks that his party is ready to bring down the government with a no confidence vote if Prime Minister Lars Lokke Rasmussen fails to include the tax cut in the 2017 budget.

Rasmussen said there was not enough backing for the tax cut and urged the two parties to negotiate in order to avoid an election that is likely to be won by the left.

“That would be a very high price to pay, just because one couldn’t have their political wishes fulfilled 100 percent,” Rasmussen said on Saturday.

Rasmussen’s one-party government holds 34 of 179 seats in parliament, making it the narrowest Danish government for decades. It can stay in power only as long as it is supported by DF, LA and the Conservative Party.

Rasmussen won the last election by just one seat in June 2015. A weighted poll from several pollsters gathered by political website Politiko on Sept. 11, showed the socialist opposition would win an election by one seat.