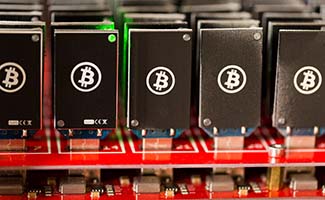 It’s hard being a criminal. Surveillance techniques and forensic science are constantly being improved and people are working full-time to destroy your livelihood. That’s why many criminals around the world probably celebrated when the cryptocurrency bitcoin was launched back in 2009.

With untraceable internet currency, crooks could finally enjoy the anonymity of cash without risking being caught red-handed out in the physical world. This beautifully idyllic criminal vision could have been the future, if it wasn’t for the damn meddling Danes.

It seems unlikely that bitcoin is the future of crime after Berlingske reported that the Danish police brought down drug traffickers by tracing bitcoin transactions.

In January this year, courts in the Danish city Herning, found the defendant in a narcotics case guilty and sentenced him to eight years of prison due to traced bitcoin transactions. This is the second case in Denmark where bitcoin-tracing evidence has played a major role in the trial.

Denmark is leading the way

Kim Aarenstrup, the head of Denmark’s National Cybercrime Center (NC3), said in an interview with Berlingske that these two convictions prove that Denmark is currently leading the way in cyberpolicing and that this new technology is a major milestone for police work.

The new specialized IT-system, developed by Danish law enforcement agencies, is based on comparing the information of two different types of bitcoin transactions. First, transactions where bitcoins are used to purchase goods are analyzed by exploiting the possibilities of blockchain technology, which bitcoin is based on. This information is then compared with listings of bitcoin-buyers and bitcoin-sellers.

The comparison is then used to identify the people involved in particular dealings. Aarenstrup didn’t want to go into specifics of how far-reaching this new method is, but one can imagine that it must be substantial since the FBI and Europol are already using the system.

Jesper Klyve was the prosecutor in both cases where a bitcoin-trace was one of the main evidences. In his opinion there is nothing wrong with bitcoin as a currency and that people who use it are not automatically entangled in illegal activities, but that one cannot deny the fact that it makes illegal dealings easier.

Klyve says that in the past, a person had to have the necessary contacts to buy drugs, but this has completely changed with the introduction of the dark web and bitcoin. Now almost anybody can go online and buy a kilo of amphetamine and pay for it with a cryptocurrency. However, this might all change due to police’s new bitcoin-tool and Klyve is optimistic that it will provide interesting possibilities.

It is common that drug deals made on the dark web are sent by regular mail — like in the first case bitcoin-tracing was employed in Denmark — which can make it considerably harder for the police to bust criminals. But Klyve is certain that this new technology will completely change that. Now, if a suspect receives drugs by post — which he denies he ordered — the police can go over his bitcoin transaction history and see whether he has sent bitcoins to anyone recently.

“All transfers that have ever been made are coded into the bitcoin-system. Therefore, you can at any given time log in and search in the system and try to identify individual users,” said Klyve in an interview with Berlingske.

It has been pointed out before that bitcoin is probably less beneficial to criminals than originally thought,  but the two verdicts in Denmark are a clear indicator that cyberspace isn’t safe from the long arm of the law. Perhaps, it is finally time for criminals to find a new livelihood.

Courtesy: The Next web