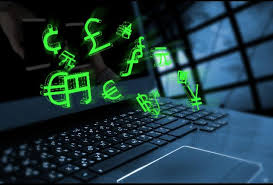 With Coinify, the Danish blockchain payment service provider (bPSP), announcing that it has raised $4 million (m) in a ‘Series A’ investment round from SEB Venture Capital, part of the SEB Group, and SEED Capital Denmark, a “strong message” has been sent out to the banking and Blockchain communities. It might also have given a further shot in the arm for disruptive technology.

The latest capital backing for Copenhagen-headquartered Coinify ApS, which was incorporated in 2014 and serves global payment service providers, online businesses, physical shops and individuals with easy access to blockchain currencies through ‘fiat’ money exchange, comes from two investment parties both originating out of the Nordic region.

SEB Venture Capital, the corporate venture capital unit within SEB founded in 1995, has activities spanning across the Nordic and Baltic countries and has invested over SEK3 billion (bn) over the past twenty years in 100 companies with nearly 70 companies having been divested. To date SEB VC is an active owner in 32 different companies with a total turnover of SEK2.6bn and more than 2,200 employees.

SEED Capital, which specializes in identifying and developing new and innovative tech companies, is the largest venture capital fund in Denmark for the pre-seed and seed segment with $320m under management. In February 2015, the firm sold profile start-ups Endomondo.

As well as Coinify, in which it first invested in 2014, its portfolio comprises Trustpilot, Vivino, Templafy, LunarWay. To date there are 77 active companies invested in by SEED Capital and the firm had attracted a total of €6.8bn investment as of this August, exited 18 companies and had held over 1,300 start-up meetings.

David Sonnek, Head of SEB Venture Capital, commenting in the wake of the ‘Series A’ investment says: “Coinify has developed a unique platform for blockchain payments and fits perfectly in our portfolio of fintech investments.”