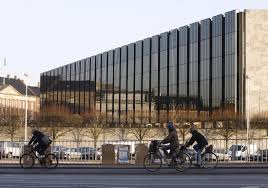 Cashless society is already a reality for most of the population of the Nordics. Unlike the US, the Nordics have a lot of trust in digital payments. In Denmark, even the homeless are going cashless, and 80% of the transactions in the country take place digitally. Now the Danish central bank is considering going all in with a digital currency, Bloomberg reports.

Business Insider recently reported that the Swedish Riksbank is looking to implement a digital currency within two years, and the UK is similarly eyeing digital currencies. Who will be first, time will tell, but first there are some problems to consider.

The most close at hand solution for a digital currency is to use blockchain technology – which Bitcoin is also based on. Danish Central Bank Governor Lars Rohde tells Bloomberg that technology is the least of their worries.

“We’re not preoccupied with the technology, because we know that issue well,” Rohde said.

Any central bank using blockchain as the basis of a digital currency will have to adress a lot of issues that are not tech-related. Lars Rhode brings up a couple in the interview with Bloomberg:

–  Blockchain would make all transactions traceable, which means there would be a technical possibility for the central bank to monitor private citizens. This is usuallly not something people are over enthusiastic about – even if the Nordic populations are relatively used to much of their personal information being publicly available.

– In the event of a financial crisis, the central bank would “indirectly end up doing a bailout, because we become a creditor to all the banks,” Lars Rohde tells Bloomberg.

Cecilia Skingsley, deputy governor of Sweden’s central bank Riksbank, brings up the following issues in an interview with the Financial Times: traceability, delivery method, and interest.

Skingley does, however, point out that there are other technological alternatives to blockchain. And what the final solution will look like is yet uncertain.

What is certain is that digital currencies are coming – the benefits are just too big. According to Bloomberg, cash is twice as expensive on a societal level compared to credit cards or other digital payment methods, in the estimation of the Danish central bank.

“The big advantage will concern small and micro payments. It’ll be cheaper, faster and easier for you and me to do electronic payments,” Rohde tells Bloomerg.