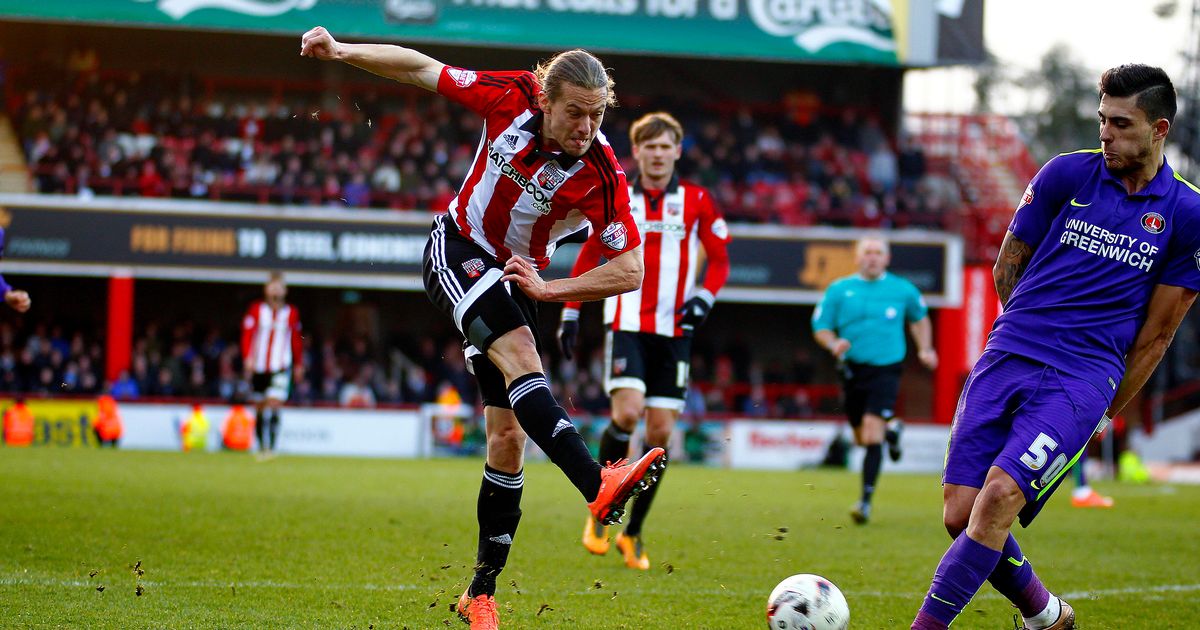 Brentford’s Lasse Vibe is living out a childhood dream by representing Denmark in the Olympic football competition.

The 29-year-old was one of three over 23 players picked in the squad and he is relishing the chance to be a part of the Games.

Denmark faced Iraq on Thursday night before taking on South Africa on August 7 and Brazil on August 10 with the top two going through.

And, for Vibe, it will be a moment to cherish for the rest of his life, even though he knows football takes a back seat as far as Olympic sports are concerned. “I’ve watched it every time as far as I can remember,” Vibe said. “It’s a big honour. I know football isn’t the biggest thing but I’m going and it’s a huge thing for me.

“We’re playing some great teams and great players. You’ve got to leave your club and miss a couple of games on the flip side but I’m proud to be going.”

In Britain, the likes of Sir Steve Redgrave and Sir Chris Hoy are placed on the pantheon of sporting greats for their Olympic successes.

For Danes, one of their sporting icons is Eskild Ebbesen who claimed Olympic gold in the lightweight coxless fours in 1996, 2004 and 2008 but had to settle for bronze in 2000 and in London four years ago.

The Brentford man said: “Eskild Ebbesen is among Denmark’s sporting greats. He was a big part of the ‘Guldfirefen’ (The Golden Four) as we call them. I can remember seeing every race and they were always really good.

“There were other names changing from year to year but he was the captain of the boat. He’s a big sporting icon in Denmark.”

The game against Brazil is one to look forward to, especially as star man Neymar is set to feature at the Games, looking to make up for the 2014 World Cup which ended in disaster for him after a back injury before Brazil were thumped 7-1 in the semi finals against Germany.

“He’s playing Lasse Vibe so he must be looking forward to it as well,” the Dane joked before adding: “It’s a big thing to play Brazil and hopefully they’ve got a couple of other decent players.”

Denmark will, originally, be based in capital Brasilia but Vibe hopes to be able to get down to Rio de Janerio and see part of the Games for himself.

He said: “Hopefully we can get a couple of days in Rio to get a feeling of the environment in the Olympic city and be able to participate in the opening ceremony.

“Speaking about it gives you goosebumps that you’re participating in the Olympics.

“There’s the 100m sprint which is the biggest event. While I’d love to go and watch it I don’t think it’s possible.

“I’d like to watch the US basketball team. There weren’t always the best players but one or two of the great NBA players.

“We watched a lot of handball and we won a couple of gold medals on the female side so I’d love to see the other Danes competing.

“When I see the programme I’ll probably go yeah I want to watch that as well.”