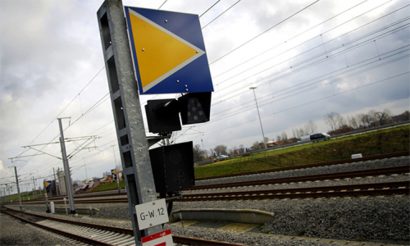 The application is the newest baseline for the European Rail Traffic Management System (ERTMS).

Conducted between Roskilde and Gadstrup, the tests were performed on the early deployment line and carried out from Copenhagen’s Traffic Control Centre equipped with Alstom’s traffic management system.

The tests were part of the Danish Eastern network upgrade, which is being delivered by Alstom.

“They demonstrate the potential for modern signalling to deliver a more reliable and higher capacity network in Denmark.”

Denmark’s rail network will be completely equipped with this new ETCS application over the next ten years.

Banedanmark is the first infrastructure manager to apply this baseline, which was validated by the European Union Agency for Railways (ERA) in July.

Alstom Digital Mobility senior vice-president Pascal Cléré said: “These were the first successful tests of the baseline 3 application. They demonstrate the potential for modern signalling to deliver a more reliable and higher capacity network in Denmark.

“Together with Banedanmark we have now taken a huge step forward. Good progress continues towards the completion of the first roll-out line.”

Simulated inputs were used to equip the tracks with Alstom’s Radio Block Centre and interlocking system.

In 2012, Banedanmark awarded Alstom a contract to replace the existing signalling system in Denmark’s East region with the latter’s ERTMS-based signalling solution.

The contract will be implemented on 12 intercity and regional lines in Sealand and Fyn regions, as well as including 25 years of maintenance.