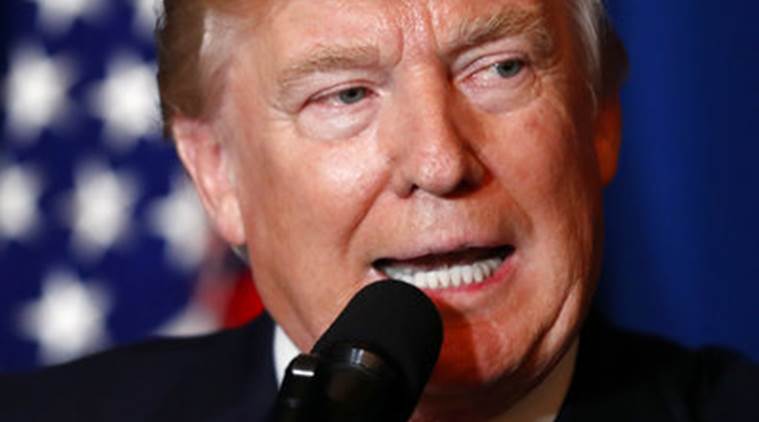 By Vivian Salama and Adam Schreck

Tehran has condemned the missile attack on the Shayrat airfield, and officials have raised the possibility of consequences. The friction underscores a challenge for Washington, which has long supported opposition groups fighting Assad and his Iranian allies without joining the fray itself. Deeper U.S. involvement in Syria means greater chances of direct conflict with an often unpredictable and aggressive Iranian foe.

Retaliatory measures by Iran could have ripple effects in the region, targeting everything from U.S. Navy warships to U.S.-allied Arab governments. Iran could also use Hezbollah and other Shiite militias to hit American forces fighting the Islamic State group in Iraq and Syria, or attack the many U.S. allies in the region.

Before Thursday’s attack, the U.S. took the standard measures to prevent an inadvertent strike on Russia’s military, another Assad ally. No such “deconfliction” agreement exists with Iran’s military and paramilitary, meaning there was no way to prevent its personnel from being in the wrong place at the wrong time during the missile attack.

There is no sign Tehran has retaliated against the U.S. American forces have not had any “unsafe” or “unprofessional interactions with Iranian maritime forces” since the strike, said Cmdr. Bill Urban, spokesman for the U.S. Navy’s Bahrain-based 5th Fleet.

On Sunday, Iran’s supreme leader, Ayatollah Ali Khamenei, said the U.S. strike on the base was a “strategic mistake and offense.”

And one prominent Iranian lawmaker threatened consequences. “Russia and Iran won’t be quiet against such acts which violate interests of the region,” said Allaeddin Boroujerdi, the head of the parliamentary committee on national security and foreign policy.

The U.S. has taken great pains in recent years to work around Iranian fighters in Iraq and Syria as it battles the Islamic State group. That has partly reflected an effort to safeguard a landmark nuclear agreement, and to avoid another American conflagration in the Middle East.

Naval forces from the elite Guard keep close tabs on American ship movements in the Persian Gulf and the Strait of Hormuz, where a fifth of the world’s oil trade navigates. In February, several armed Revolutionary Guard speedboats approached and filmed a U.S. aircraft carrier entering the Gulf. Hezbollah has long threatened U.S. interests in the region, including Israel’s security.

“My gut tells me if this is a one-off operation,” Cafiero said of the U.S. cruise missiles, “we will likely see a relatively calm and measured response from Iran and its Shiite proxies.”

In Iraq, the U.S. and Iran are essentially fighting the same enemy, though independently and, when possible, at a distance. Since U.S. airstrikes and advise-and-assist operations began in Iraq in 2014, the U.S. has tread cautiously in supporting Iraqi and Kurdish ground forces while avoiding direct engagement with Iran.

No such comity exists in Syria. Long before the country spiraled into civil war, Syria was a key Iranian partner, serving as a conduit to the Iran-based Hezbollah and helping Tehran flex its muscles all the way to Israel’s northern border and the Mediterranean Sea. It was a place that never bore a strong American imprint.

Since the 2011 start of the Syrian civil war, Iranian and Hezbollah fighters have fought alongside Assad even as the Obama administration insisted his days as leader were “numbered.” And the U.S. has supported groups that have lined up on the opposite side of the battlefield.

While Trump has dialed back the U.S. push to oust Assad, he also has vowed to take a tougher approach to Iran. He has imposed new sanctions on Tehran and threatened to dismantle the nuclear deal. He has stepped up support for Saudi and Emirati forces fighting Iranian-backed rebels in Yemen.

All those efforts also mean more exposure for Washington if it goes after Syria again militarily.

“I don’t think the Trump administration is trying to punish Iran with the strikes in Syria, but it will certainly send a strong message,” said Edward Djerejian, a former U.S. ambassador to Syria and Israel who now directs Rice University’s Baker Institute for Public Policy.

Nevertheless, Djerejian said, Trump must “pay attention to what the Iranians are doing in the region because they have the ability to really disrupt things in their own way.”