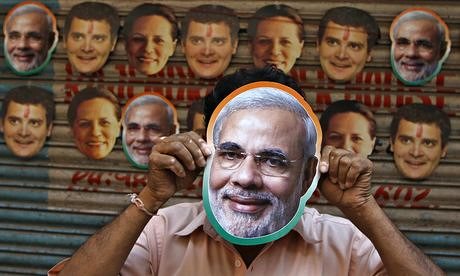 At perpetual war with the same people that it claims to be its own, the Indian state has eventually ended up exposing the façade of the dummy democracy maintained in areas declared disturbed by the administration to tackle disenchantment and growing disillusionment among a broad section of the citizenry.
And with enactment of draconian laws to oppress the masses into submission, in Indian-administered Kashmir and the far eastern fringe of the country, becoming a usual practice, the judiciary has belatedly stepped in and rapped the government for bulldozing civil rights in the name of upholding law and order. Ironically, the very day Burhan Wani — poster boy of Kashmir’s new age militancy — was eliminated in a staged encounter, as a senior intelligence source told this writer, the Supreme Court had explicitly pronounced that rebels, who are nothing but terrorists in the eyes of the administration, may not necessarily be enemies of the nation.

While delivering a landmark judgemnt on a petition filed by fake encounter victims’ families, the apex court observed “a person carrying a weapon in a disturbed area in violation of a prohibition to that effect cannot be labeled a militant or insurgent.” Most importantly, the judiciary admitted candidly that arbitrarily deploying military to kill fellow citizens on mere allegations or suspicion of them being enemies of the state will not only put India’s hallowed democracy in grave danger but also violate the sacred principle of rule of law.
Indeed, to consolidate its iron grip over volatile Kashmir and other disturbed areas embroiled in prolonged conflict, New Delhi has given a free hand to its trigger-happy security apparatus to be able to kill and intimidate with impunity, by using disproportionate retaliatory force on even unarmed civilian protesters. The perfectly choreographed assassination of Wani by security agencies is a clear reflection of the Indian state’s desperation to go to any extent to tame those Kashmiri youths who have challenged New Delhi’s supremacy in a land where Mahatma Gandhi once foresaw the inevitable entrenchment of secular humanism amid deep chaos.

Unfortunately, very few in India are able to recognize the hard, cold reality of Kashmir — that an entire ethnicity with a uniquely independent psyche cannot be subjugated by brute force or bribery. Eruption of popular rage over Wani’s death has not only deepened the estrangement between Kashmir and the rest of India, but dozens of funeral services across Kashmir and thousands of mourners — some extremely violent — thronging the streets of the paradise on earth gives credence to the claim of a strong upsurge in Kashmiri nationalism, which is at loggerheads with the Indian version of “super-patriotism” imposed forcefully on commoners by state propagandists and a pliant media. As scholarly thinker A.G. Noorani articulated eloquently while chronicling Kashmir’s troubled history “today, more than ever before, grim realities have surfaced, to the shock of many, to demonstrate that Kashmiri nationalism is very much alive and kicking despite New Delhi’s repressive policies and the Army’s sustained record of outrages.”

Let us not ignore the fact that a young militant had inspired and attracted many more people in his death than the inimitable late Mufti Mohammad Sayeed, whose funeral procession was comparatively jaded despite having a checkered five decades old political career and an image that is no less popular than the members of the legendary Abdullah family. The spiral of protests, with youngsters defying bullets, pellets and teargas shells bravely, only proves that India is in dire need of someone like Atal Behari Vajpayee, who transcended petty political barriers to try and achieve a just solution to the vexed dispute that has dogged the Indian subcontinent for decades. Vajpayee, in fact, was insistent on resolving all issues based on the principles of Insaaniyat (humanism), Jamhooriyat (democracy) and Kashmiriyat (Kashmir’s age-old legacy of amity and brotherhood) despite a strong institutional resistance, including stiff opposition from his trusted Cabinet colleagues, to any form of compromise. Unfortunately, as a senior aide of Vajpayee once confided in this writer, the Indian state and its uniformed services have converted the Kashmir dispute into a “prestige issue,” thus providing little flexibility for maneuvering. Even a stalwart like Vajpayee was fettered by the manipulative power of the vested interests, who have always wanted policymakers to view Kashmir through the security prism only and ignore the humanitarian dimensions of this festering crisis.

Alas, New Delhi has developed a myopic vision vis-à-vis Kashmir, unable to grasp the fearful consequence of an entire population, immunized to death and destruction, treating resistance as an integral part of their culture. Surely, 43,000 deaths resulting from repressive and restrictive laws is enough to raise suspicions about the real intent of the benefactor and as eminent Indian sociologist Prof. Dipankar Gupta asserts, it is time to craft a new culture of accommodation, breaking dogmatic positions.

India must understand that stopgap measures like adopting a carrot-and-stick policy or enforcing information blackout to cover up atrocities will no longer work as Kashmiri society has evolved radically. In Prof. Gupta’s words, Kashmiris have made a successful transition from politics of grievance to the politics of resistance.

Therefore, Narendra Modi’s administration’s various Kashmir-centric machinations, including keeping People’s Democratic Party — stronger partner in the provincial coalition government — under subtle pressure through calibrated violence in its stronghold of south Kashmir will be detrimental to India’s larger national interest. Rather, making Kashmir a country within a federated nation, enjoying strategic autonomy and economic freedom, will help South Asia turn into an oasis of peace.