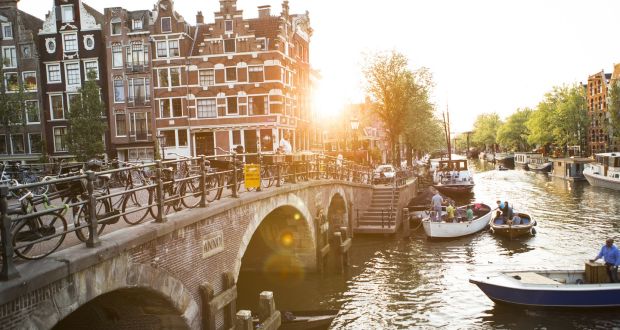 At the height of the cold war clandestine meetings between Americans and Russians were often held in Amsterdam, a heaving city famous for its laissez-faire attitude and genial indifference to foreigners in town for business, pleasure or, indeed, covert liaisons.

“I’ll meet you halfway,” was the code often used to set up those meetings. Then it was simply a matter of flying in for a plausible reason – a boring trade conference, a viewing of some old masters, a romantic jolly to the diamond district or a brief stopover at Schiphol airport.

It still happens. There are two types of liaison. For the first it’s a matter of staging a chance encounter, of the well-I-never- it’s-been-ages type, that can happen in any big city on any day of the week and is over and forgotten about in minutes. Nothing to it. Nobody bats an eyelid.

The other is more onerous. It’s the kind of encounter that nobody can know has ever taken place. Total deniability is a prerequisite. That takes secrecy. And secrecy, unfortunately, requires resources. “Unfortunately” because resources mean that someone or something amiss can easily attract attention.

“A lot of international business is transacted in Amsterdam, which makes it a good place to stage a chance encounter,” Willemijn Aerdts, an intelligence specialist at the institute for security and global affairs at Leiden University, says.

Whether such a meeting is safe depends on old-fashioned “tradecraft” rather than on the type of mass surveillance increasingly associated with intelligence gathering.

“Intelligence services monitor constantly. They look for anything on their patch that stands out as trying to make the unusual look normal, such as patterns of behaviour or encounters that don’t seem to be in line with expectations.”

A meeting between associates of Donald Trump, when he was president-elect of the United States, and Russian officials or go-betweens would certainly have fallen into that category, Aerdts says, and would have attracted the attention of the Dutch security service, the AIVD, had anything aroused its curiosity.

ussians and the Chinese have responded to the West’s collect-it-all mentality by deciding to hack it all – hence the concerns that Russia may somehow have compromised the US presidential election and is planning to do the same in the Netherlands, France and Germany this year.

So real is that belief in the Netherlands that the government has decided to turn the clock back almost a decade and count votes in next week’s general election by hand. That in itself is an extraordinary admission about the new policy of technological containment in which the West and its adversaries are locked.