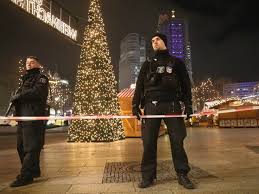 Police in the Danish capital will be out in larger numbers after as a result of the attack on the Christmas market in Berlin.

Copenhagen Police announced on Tuesday that police presence would be beefed up at local Christmas markets and the popular shopping street Strøget following Monday night’s deadly lorry attack in Berlin.

“We have further increased our presence at Christmas markets and on Strøget after Berlin. We are closely following the situation,” Copenhagen Police tweeted.

Police also installed physical barriers at the entrances to some public spaces but gave no indication that Copenhagen faced a direct terrorist threat.

“Unexpected terror targeting the gathering of innocent people is very difficult to completely protect against but we are now in collaboration with PET [the Danish Security and Intelligence Service, ed.] and the Danish National Police taking some extra precautions to ensure that the people of Copenhagen are protected as well as possible during the Christmas rush,” police spokesman Peter Dahl said.

Dahl stressed that the “risk of becoming the victim of a terror attack in Denmark remains limited”.

Earlier in the day, Danish Foreign Minister Anders Samuelsen condemned the Berlin attack, which left 12 people dead and 48 wounded after a lorry was intentionally driven into a crowd that was gathered at a popular Christmas market.

“The attack in Berlin is an attack on all of us who want a peaceful, free and democratic world. We are united in our disgust over the actions and in our determination to secure our citizens in the best way possible. I have therefore assured my German colleague that Denmark stands firm at Germany’s side in this situation,” he said.

Other European cities, including Paris, Vienna and Oslo, have also increased security at Christmas markets after the Berlin attack.