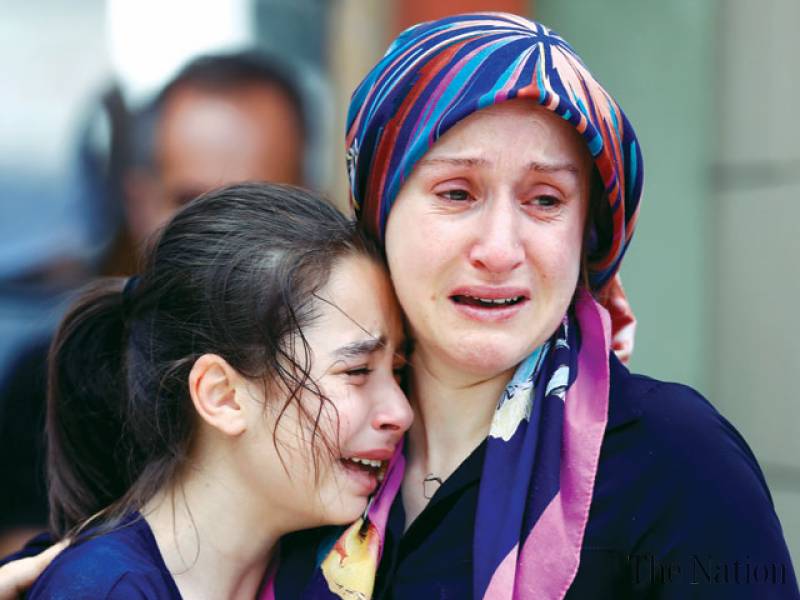 The world is once again stunned and grieving over a brutal terrorist attack. This time it was in Turkey, where three suicide bombers killed at least 41 people and wounded more than 200 others at the international airport in Istanbul. The timing on Tuesday was especially cruel for a Muslim majority country, coming during the 10 holiest days of the holy month of Ramadan.

The assault, for which Turkish authorities blamed the Islamic State, is the latest evidence of how the chaos in the Middle East, in particular the Syrian war, has metastasized, spilling over borders and rattling countries that are crucial to regional stability. Few are more important than Turkey, a NATO ally and a strategic link with the West. The sharing of intelligence between Turkey and the West, already close, will need to be made even closer.

Though Turkey has been at war with Kurdish separatist forces, this attack, experts agree, was the work of the Islamic State, or ISIS. The airport symbolizes everything the terrorist group detests, including modernization, international integration and a secular democratic system. A string of attacks and explosions over the last few years, some attributed to the Islamic State and others to Kurdish separatists, has badly damaged tourism, an important source of income in Turkey. Tuesday’s attack could cause a further decline that a fragile economy can ill afford.

That Turkey has become a target is not a surprise. For too long, the government in Ankara underestimated the ISIS threat, even as it focused on other groups in Syria trying to overthrow President Bashar al-Assad.

Turkish officials allowed great quantities of arms and thousands of extremist foreign fighters to pass through its border into Syria. Some of those fighters have found a home in Turkey and are likely to be a threat for some time to come. Meanwhile, President Recep Tayyip Erdogan has allowed a more radical strain of Islam to flourish in Turkey.

It wasn’t until last year, under American pressure, that Turkey began carrying out airstrikes against Islamic State targets and allowing American aircraft targeting the terrorist group to fly sorties out of Turkey. Turkey also has been more rigorous in shutting down the Syrian border.

This has clearly angered the Islamic State and made Turkey a more likely target. Further, American officials say that recent gains by the coalition fighting the Islamic State has inspired the terrorist group to move against soft targets like shopping areas and the airport.

Over the last 18 months, the Islamic State has lost nearly half the territory it once controlled in Iraq and 20 percent of the territory it held in Syria, the officials say, while the group’s access to financing and the number of foreign fighters entering Syria have been reduced. A major effort now underway to retake the town of Manbij in Syria could further restrict the Islamic State’s access to the Syrian-Turkish border.

Tuesday’s attack comes at a vulnerable moment for Mr. Erdogan. His authoritarian leadership has disturbed NATO allies and he is juggling multiple crises, including the flow of Syrian refugees into Turkey, as well as the war with the Kurds that he should have tried harder to contain. After alienating many countries in the region, he began this week to make amends, including apologizing to Russia for shooting down a jet last year and re-establishing diplomatic relations with Israel after a six-year hiatus.

The Islamic State, of course, is not solely Mr. Erdogan’s problem. The growing threat to Turkey is only the latest reason for the United States and its partners to work more urgently to defeat the group in Iraq and Syria, while seeking to end the civil war in Syria, which has not only brought devastation to hundreds of thousands of civilians, but provided fertile ground for extremism.