A senior Chinese official has said China has the right to set up an air defence zone over territory it claims in the South China Sea.

The statement from Vice-Foreign Minister Liu Zhenmin comes a day after an international tribunal said there was no legal basis for China’s claims.

China has overlapping claims with other countries to reefs and islands across almost all of the South China Sea.

It has already said it will ignore the tribunal’s findings.

President Xi Jinping has said China’s “territorial sovereignty and marine rights” in the seas will not be affected by the ruling “in any way”.

What were the tribunal’s findings? 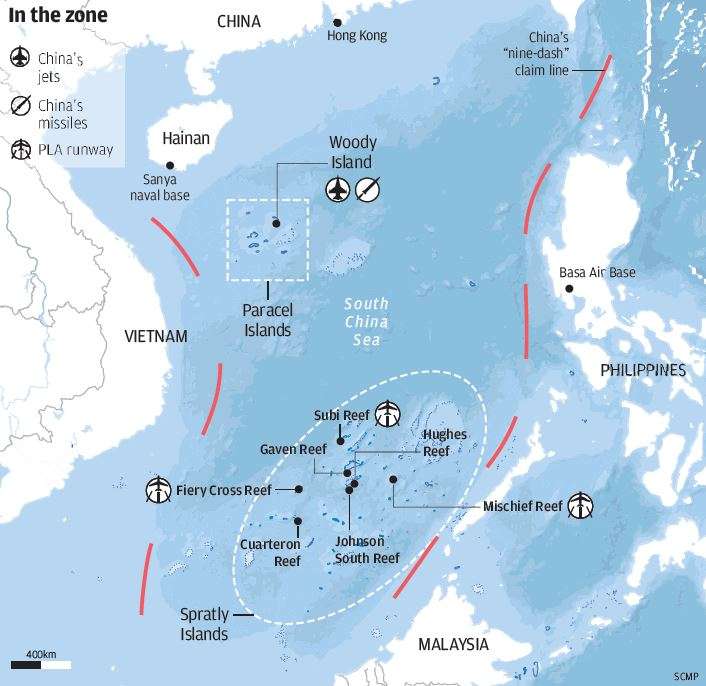 Why is the South China Sea contentious?

The Permanent Court of Arbitration in The Hague on Tuesday ruled against China in a case brought by the Philippines.

It said China had violated the Philippines’ sovereign rights and had caused “severe harm to the coral reef environment” by building artificial islands.

In government paper on the tribunal’s findings which was released on Wednesday, China reiterated its claims over the land and maritime territory.

Introducing the paper, Mr Liu told reporters that China would establish an Air Defence Identification Zone (ADIZ) over the South China Sea “if our security is being threatened”.

China set up an ADIZ over similarly disputed territory in the East China Sea in 2013, requiring all aircraft passing through it to follow certain rules, file flight plans and identify themselves.

“Whether we need to set one up in the South China Sea depends on the level of threat we receive,” said Mr Liu.

The ruling is binding but the Permanent Court of Arbitration has no powers of enforcement.